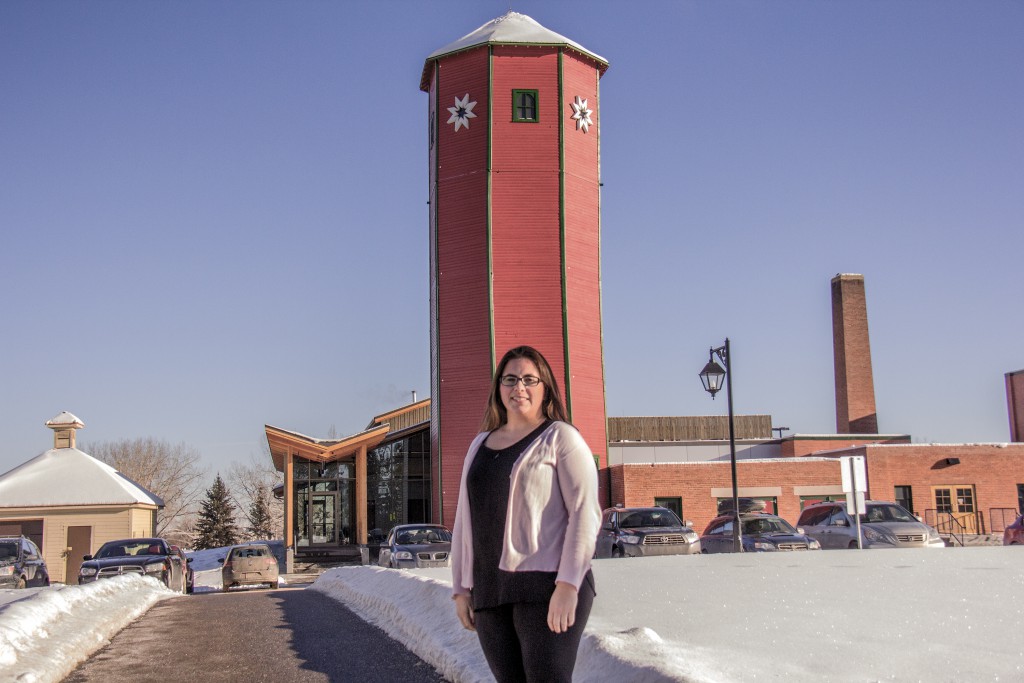 Jade Coultman, a third year student at St. Mary’s University pursuing her psychology degree with a minor in business management, is a leading voice for accessibility both on and off the St. Mary’s campus. A former President of the Calgary chapter of the Canadian Hard of Hearing Association (CHHA), Coultman, who lives with hearing loss, has played a major role in the development of initiatives as a representative on the accessibility committee for YYC Calgary International Airport’s new terminal. The committee features representatives covering a range of differing disabilities to ensure that everyone has a voice and that all needs are considered.

“I have been on the committee for seven years now and every time we meet we touch on different aspects that would allow for the airport to become more accessible,” said Coultman. “We started with the new terminal that was just opened and we are now expanding to the rest of the airport to hopefully have everything to be barrier-free.”

“Unfortunately there isn’t a standard in place for accessibility, so with the committee coming to the table we know that there are certain things that have to be considered.”

My biggest thing is that I want to make a difference in people’s lives.
— Jade Coultman

An example of changes implemented in the airport’s improved accessibility inititative included the visual representation of anything that was auditory. From emergency messaging to transport shuttle safety procedures, increased signage has been implemented to ensure that the barriers for those with hearing loss were successfully removed.

“There’s a lot to learn from someone who has a disability because it creates that equal playing field for everyone,” said Coultman. “The things that go into place to create that barrier free accessibility helps everyone.”

“We want St. Mary’s to be a place that is barrier free and set a precedent for other institutions.” Though she may not have envisioned herself as a role model or as a champion for accessibility, Coultman has become just that.

“My biggest thing is that I want to make a difference in people’s lives,” said Coultman. “It’s not something that I chose to do, to be an advocate or role model, but I noticed that nobody was doing it so I just feel that it’s my place to say what needs to be done.”

“Hopefully I pave the way for people with disabilities to have an easier journey.”

Welcome to the St. Mary's University-Calgary Twitter page. StMU is a Catholic liberal arts and sciences institution open to all.

We are one month away from the first day of classes! Fall semester starts on Wednesday, September 7th!

We are looking forward to welcoming new and returning students back to campus! 🙂
#StMU